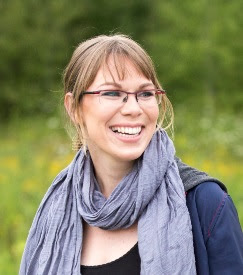 Print | Send by email
Elizabeth Fraser is a Policy Analyst at the Oakland Institute.
OAKLAND, Mar 29 2016 (IPS) - I was taught that responsibility means admitting your mistakes and being accountable when you make a mistake. I still believe this to be true for individuals and institutions. So when a powerful group like the World Bank makes a mistake, I expect it to be accountable for its wrong-doings, and to do everything possible to make sure those mistakes don’t happen again.

Elizabeth Fraser
Unfortunately, this couldn’t be farther from reality.


The issue I’m referring to is last year’s launch of the World Bank’s “new” program in Ethiopia, Enhancing Shared Prosperity through Equitable Services (ESPES). On the surface, ESPES looks reasonable. Its main goal is to send money to local-level authorities across the country to make sure all citizens have access to basic services like water, roads, education, healthcare and more. But once you start peeling the layers back, the program stops looking so rosy.
The biggest issue is that ESPES is replacing the almost decade-long, World Bank-funded Promoting Basic Services (PBS) program. PBS started in 2006 with almost identical goals to the ESPES program. The snag is that for years, there were extremely serious allegations that PBS had become entwined with the Ethiopian Government’s program, “villagization,” which has forcibly relocated indigenous communities and made their land available for large-scale land grabs.
In 2012, members of the Anuak community – an indigenous group that has borne the brunt of these forced relocations and abuses – filed a formal complaint with the World Bank’s independent Inspection Panel. In early 2015, the Panel released its final report and it was scathing:the Bank’s finances couldn’t be properly tracked, important safeguards had not been applied, and there was poor monitoring and oversight.
The Panel shied away from making rulings about whether the Bank should be responsible for the human rights abuses that the Anuak faced – they claimed it was outside of the scope of their investigation, a point worthy of analysis itself – but they did rule that the PBS program had become enmeshed with the villagization program, with far-reaching consequences.
When the Panel report came out, one expected the Bank to admit that mistakes had been made and to take every possible action to both address the situation and ensure that it never happens again. But the Bank did no such thing. Instead, they quietly ended the PBS program early, and a few months later announced a new program – which will run until 2019 with 600 million dollars behind it – called ESPES.
ESPES looks almost identical to PBS, and most shockingly takes very few of the hard recommendations from the Inspection Panel report into consideration. Two aspects of the program are particularly appalling. First, instead of applying important social safeguards to the new program, ESPES uses Ethiopia’s own institutions to address possible social and environmental harm. A cornerstone for addressing social harm is increased community engagement and a “Grievance Redress Mechanism” (GRM). This system relies on marginalized communities to self-report when things go wrong. It’s ludicrous in any situation to put the onus on the marginalized to report social harm, but it’s even more ridiculous in a country like Ethiopia, where the government routinely arrests critics of its government as terrorists. To add fuel to the fire, the Bank’s own internal assessment of the GRM admitted that there is a lack of confidence in the GRM with many vulnerable groups feeling uncomfortable using it, demonstrating that they knowingly launched this mechanisms despite its serious weaknesses.
Second, in order to ensure that ESPES doesn’t get mixed up with problematic programs of the Ethiopian government in the future, the Bank has proposed on-going high-level dialogues with government officials. The chance that government officials – the masterminds of the villagization program who have pinned their country’s development on leasing indigenous land to large-scale investors –will accurately and appropriately have – these kinds of conversations with the Bank is preposterous.
If this isn’t enough to get riled up, we turn now to the US. As the biggest donor to the World Bank, the US Treasury gets to vote on World Bank projects like ESPES. Congress has taken a vital stand on the issue of forced relocations in Ethiopia, including language in numerous Appropriations Bills forbidding the Treasury to vote in favor of World Bank programs that could – directly or indirectly – lead to forced evictions in Ethiopia. Yet somehow, despite these rulings, the US Treasury voted in support of ESPES.
How can the US and the World Bank get away with this? It’s hard to know whether these institutions are completely dysfunctional or morally bankrupt. Either way, they both appear to be extremely irresponsible, and need to finally wake up or be accountable for their mistakes.
(End)