comments
The nurse whose appearance in BBC reports on the Ethiopian famine sparked Live Aid has revealed she could not get rid of the TV crew fast enough.
Dame Claire Bertschinger spoke of her anguish at having to choose who would live and die in the disaster and said she objected to 'ridiculous' questions from reporter Michael Buerk.
Although she accepted Mr Buerk and his crew were doing 'what he needed to do', the humanitarian worker said: 'I couldn't get rid of them fast enough'. 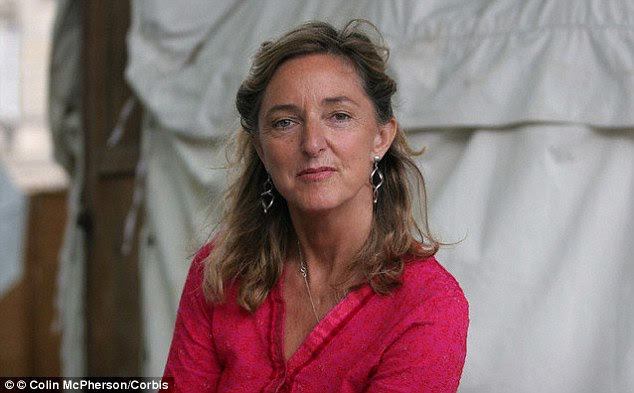 +5
'Ridiculous': Dame Claire Bertschinger said she wanted to get rid of the BBC crew which came to interview her during the Ethiopian famine of 1984. She said her thinking was 'I don't want these people around me' 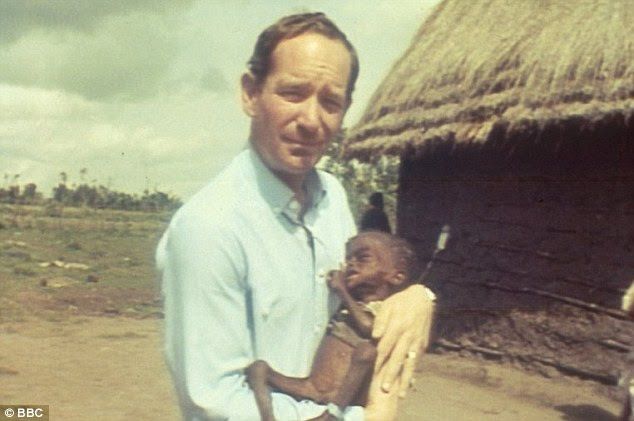 +5
Heartbreaking: Michael Buerk's reports from Ethiopia inspired people to give millions of pounds in food aid
Speaking to Radio 4's Desert Island Discs, Dame Bertschinger said some of the hardest times in Ethiopia were on 'selection days' when she would have to choose who got fed.
'I can remember one day counting 10 rows of children and in each row there was over 100 children and I had 60 or 70 places,' she said.

'I thought "how on earth am I going to do this?" We decided I would go up and down the lines and look at every child and put a little mark on them if I chose them.
'We didn't choose the ones who were the worst because we knew they would die within a few days. I chose the ones with a spark of life in their eyes.
'I was told [the TV crew] were coming and they came in the door and said "right, let's get some filming, stand over there, let's get some really sick children Claire, would you like to hold that one?" 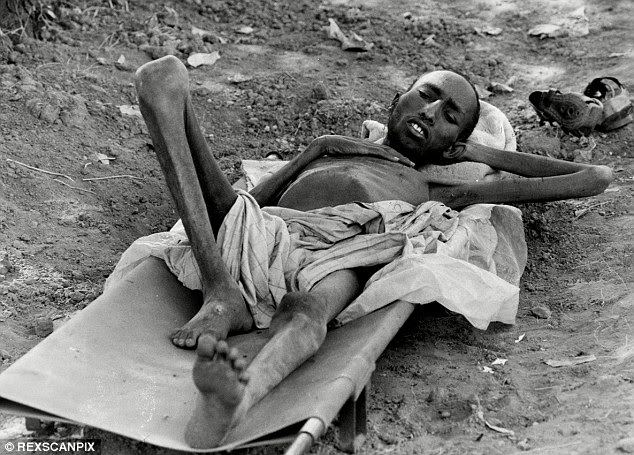 +5
Horrific: Dame Bertschinger said she would have enough food to feed 50 or 60 people out of 1,000 or more
'Then [Michael Buerk] started asking me questions. I remember him asking me "so Claire, what's it feel like choosing those who can live? Does it do anything to you?"
'Ridiculous. I mean, what do you expect? It breaks my heart. And I just couldn't get rid of them fast enough because I just thought this is ridiculous, I don't want these people around me.'
However, she agreed 'absolutely' that Buerk was doing 'what he needed to do' to push the stark details of the famine into the public consciousness.
When the first aid plane arrived thanks to the money raised because of the BBC reports, she said: 'It was this massive plane and it landed in a hail of stones and shingles and dust and they opened the back doors and it was just full of food.
'I thought "wow - we're saved". It was just amazing.' 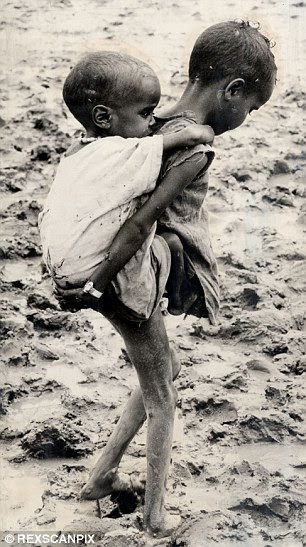 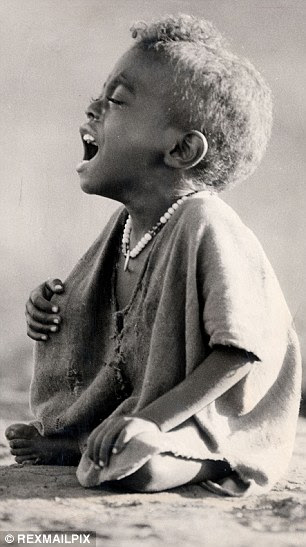 +5
Blight: There had been famines before, but the scale and horror of that in Ethiopia shocked the world
The horiffic news reports from Ethiopia - still regarded as some of the most powerful ever recorded -
inspired a public campaign which culminated in millions of pounds being released through Band Aid's single Do They Know It's Christmas?
Buerk went on to become the anchor of the BBC's evening news, while Dame Bertschinger - who said she wanted to be a nurse since she was bandaging her teddies - was honoured by the Queen and is now a lecturer at the London School of Hygiene and Tropical Medicine.
Her choices on the long-running interview show included a rendition of Rudyard Kipling's poem If and Itsy Bitsy Teenie Weenie Yellow Polka Dot Bikini by Bryan Hyland.
She replaced the Bible with Buddhist writings, and chose a Swiss Army knife as her one luxury.
Posted by Guihon at 1:34 AM No comments:


International demand for Ethiopia’s staple cereal is growing in the west as its super food creditials are endorsed by celebrities. But as Hayley Platt reports the government is reluctant to allow teff exports in case it leads to price rises at home.
Thanks for checking us out. Please take a look at the rest of our videos and articles.
Posted by Guihon at 1:04 AM No comments: