Click on the audio player above to hear this segment.
Ethiopia is in the midst of an epic drought—the worst in decades, thanks in part to the El Niño phenomenon. The Ethiopian government and the United Nations have appealed to the global community for $1.4 billion to feed the more than 10 million people who will need assistance in the coming year, but international donors have been slow to come up with all the funds that are needed to address the crisis.
U.S. officials have been warning about potential food insecurity in parts of the Horn of Africa for almost a year. Alerts come in through the Famine Early Warning Systems Network or FEWSNET, which was created by the U.S. Agency for International Development in 1985 and covers some 35 countries in Africa, Central Asia, Central America, and Haiti.
The Takeaway talks with Chris Hillbruner, a senior advisor at FEWSNET, and Dina Esposito, director of the USAID Office of Food for Peace, about how the United States and other countries can respond to food insecurity predictions and avoid the devastating famines experienced in countries such as Ethiopia in the 1970s and 1980s. 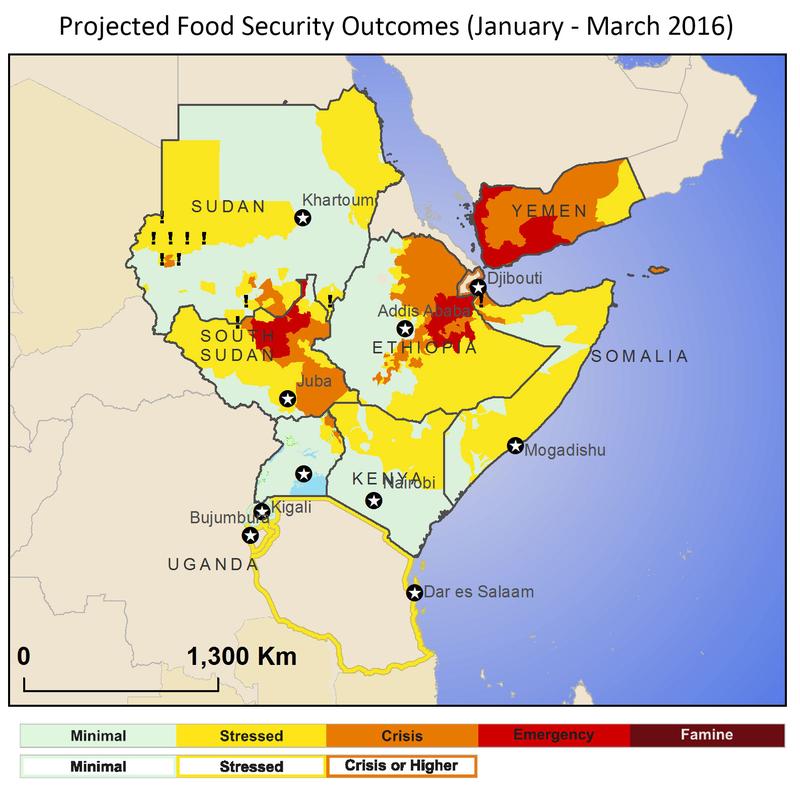 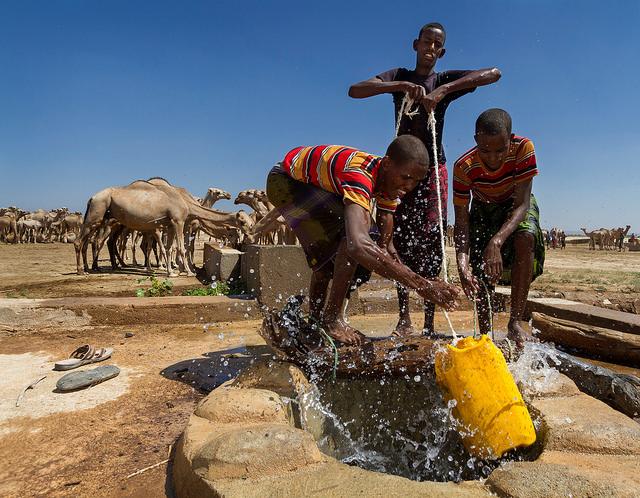 Camel herders work together to haul up water and pour into a trough, taking it in turn to water their respective herds. Through the rehabilitation of well sites, USAID and its partners have improved access to water for pastoralists. So far USAID’s Pastoralists' Areas Resilience Improvement through Market Expansion (PRIME) activity implemented through Mercy Corps has also rehabilitated 16 ponds. 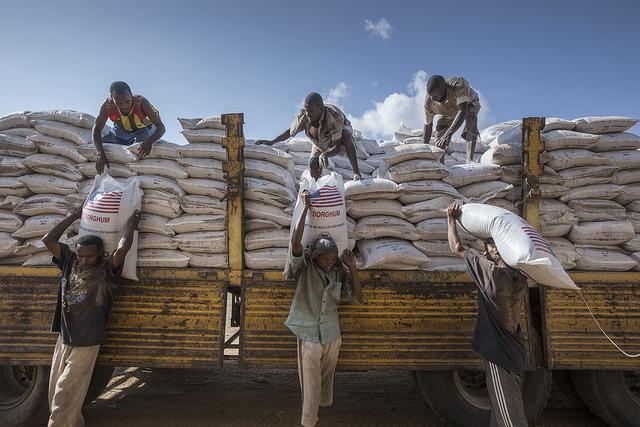 August 3, 2015 WFP collects and distributes food items for the Somali Region in Ethiopia in warehouses in Jijiga. Workers offload sorghum bags (50 KG each) from a truck into the warehouse. 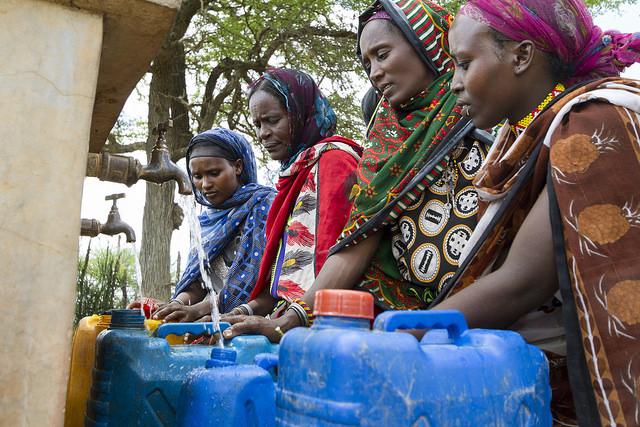 Women fill their jerry cans at a water point rehabilitated by USAID. For most rural areas of Ethiopia, water points are the main source of water for households.