CLOSE
The debate over the legitimacy of climate change and its effect on the planet is one that has been raging for years, but many people point to tangible proof — and scientific evidence — in all corners of the globe to show how warming temperatures have forced widespread instances of drought and consequent famine.
People have to look no further than in parts of Africa, Asia, Australia, the Arctic as well as the Americas, including the unlikely location of the U.S. state of California.
Below is a glimpse in pictures of the environmental issues that a handful of countries are grappling with as 2016 shapes up to be the hottest year on record, according to a prediction from NASA.
Africa
An El Niño climate pattern in various African countries has resulted in extreme drought conditions that have cause a food crisis that could leave more than 50 million people hungry and in a perpetual state of famine, the United Nations has said.
From Kenya in the country's west to Ethiopia in the north to South Sudan in the east to South Africa, parts of literally every corner of the continent have been suffering from a deadly combination of drought and famine for years now.
Children wash their heads with rain water in Kobo village, one of the drought stricken areas of Oromia region, in Ethiopia, April 28, 2016.PHOTO: REUTERS/TIKSA NEGERI
A displaced woman and her children wait for assistance at Habaas town of Awdal region, Somaliland, April 9, 2016.PHOTO: REUTERS/FEISAL OMAR
Herdsmen feed sheep affected by the El Nino-related drought water at a temporary shelter in Marodijeex town of southern Hargeysa, in northern Somalia's semi-autonomous Somaliland region, April 7, 2016.PHOTO: REUTERS/FEISAL OMAR
Amazon Rainforest
The combination of high ocean temperatures in the Amazon, an extremely dry rainy season and the largest moisture deficit in nearly two decades has left the area "primed to have record fire activity" because of the El Niño and La Niña weather patterns, the science journal Nature reported late last month. If the prediction comes to fruition, it would be the region's third extreme drought in the past 11 years with the Amazon rainforest being its driest at the start of a dry season since 2002.
Dead fish are pictured near a fisherman on the bottom of Solimoes river at Sustainable Development Reserve of Piranha in Manacapuru, Amazonas state, Brazil, Oct. 27, 2015. A severe drought has pushed river levels in Brazil's Amazon region to lows.PHOTO: REUTERS/BRUNO KELLY
A spectacled caiman is pictured on the bottom of Solimoes river at Sustainable Development Reserve of Piranha in Manacapuru, Amazonas state, Brazil, Oct. 27, 2015.PHOTO: REUTERS/BRUNO KELLY
Smoke billows during a fire at an area of the Amazon rainforest at the Xingu National Park, Mato Grosso, Brazil, Oct. 4, 2015.PHOTO: REUTERS/PAULO WHITAKER
The Arctic
Arctic sea ice levels have been on the decline for some time now, with this summer culminating in a 40 percent decline compared to levels from the 1970s and 1980s, according to NASA. That's 13.4 percent less Arctic sea ice than each subsequent decade since then. The phenomenon is directly related to climate change and global surface temperatures.
The crew of the U.S. Coast Guard Cutter Healy, in the midst of their ICESCAPE mission, retrieves supplies for some mid-mission fixes dropped by parachute from a C-130 in the Arctic Ocean in this July 12, 2011 NASA handout photo.PHOTO: REUTERS/KATHRYN HANSEN/NASA 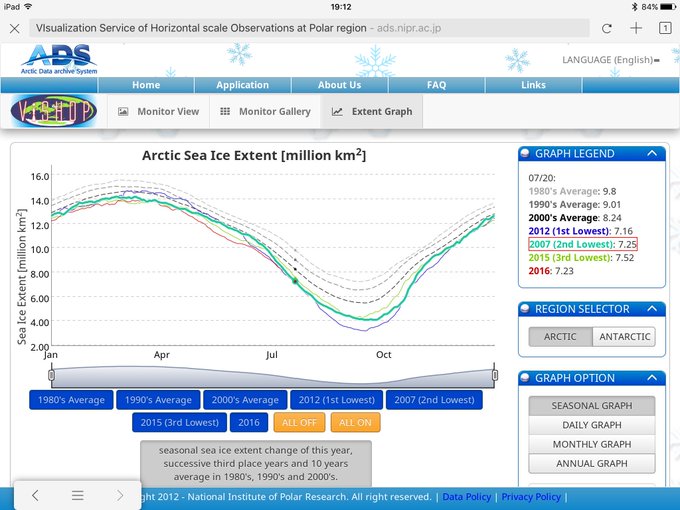 Australia
An ongoing drought in Australia is adversely affecting the country's farmers, whose livestock are dying off at record rates because of the dry conditions. The drought conditions there have reportedly gripped parts of the country for the past three years.
A river can be seen flowing through drought-affected farming areas in the western region of New South Wales, a southeastern Australian state, March 19, 2015.PHOTO: REUTERS/DAVID GRAY/FILE PHOTO
Dams containing small amounts of water can be seen in drought-affected farming area located west of Melbourne, Australia, in this picture taken Jan. 12, 2016.PHOTO: REUTERS/DAVID GRAY
Colombia
Severe drought conditions throughout Colombia have resulted in the deaths of hundreds of children over the past five years, with climate experts putting the blame squarely on the El Niño weather pattern, Adventist Review reported. As a result, about 3.5 million people there are in need of food aid, according toVoice of America.
A fisherman stands on the shore of the Magdalena river, the longest and most important river in Colombia, in the city of Honda, where there was a severe drought, Jan. 14, 2016.PHOTO: REUTERS/JOHN VIZCAINO.
Low levels of water are seen in the Magdalena river, the longest and most important river in Colombia, in the city of Honda, Colombia, Jan. 14, 2016.PHOTO: REUTERS/JOHN VIZCAINO
India
About 330 million people have been affected by drought conditions in India, where the water shortage is coinciding with extended heat waves that are helping to cause deadly cases of heat stroke, dehydration and hunger, the BBC reported.
Residential apartments are seen next to the dried-up Ratanpura lake on the outskirts of Ahmedabad, India, May 9, 2016.PHOTO: REUTERS
Residents wait to fill their containers with water in a field in Latur, India, April 17, 2016.PHOTO: REUTERS/DANISH SIDDIQUI
The U.S.
An extended drought in California has wreaked havoc on the state's trees and other plant life thanks in part to the resulting wildfires that have consumed parts of the state this summer, ABC News reported. The developments are not good news for the state's future. "The drought has some momentum, there could be a wave of mortality that continues for the next several years," researcher David Schimel told ABC News.
A worker adjusts a water irrigation system in a field near San Ysidro, California, March 31, 2016.PHOTO: REUTERS/MIKE BLAKE
The water level of Folsom Lake is pictured near Folsom, California Feb. 11, 2016.PHOTO: REUTERS/JANE LEE
Posted by Guihon at 11:26 AM