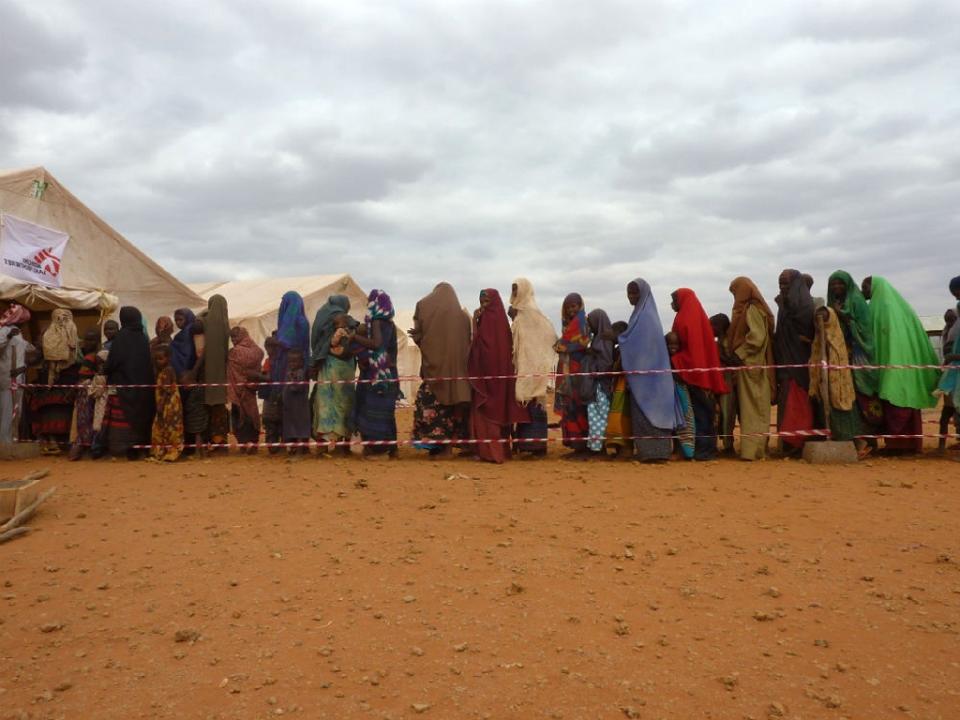 That number has nearly doubled since August, when the United Nations said 4.5 million were in need -- with the UN now warning that without action some "15 million people will require food assistance" next year, more than inside war-torn Syria.
"Without a robust response supported by the international community, there is a high probability of a significant food insecurity and nutrition disaster," the UN Office for the Coordination of Humanitarian Affairs, OCHA, said in a report.
The UN children's agency, Unicef, warns over 300,000 children are severely malnourished.
The Famine Early Warning Systems Network (FEWS NET), which makes detailed technical assessments of hunger, predicted a harvest "well below average" in its latest report.
"Unusual livestock deaths continue to be reported," FEWS NET said. "With smaller herds, few sellable livestock, and almost no income other than charcoal and firewood sales, households are unable to afford adequate quantities of food."
Ethiopia, Africa's second most populous nation, borders the Horn of Africa nation of Somalia, where some 855,000 people face need "life-saving assistance", according to the UN, warning that 2.3 million more people there are "highly vulnerable".
El Nino comes with a warming in sea surface temperatures in the equatorial Pacific, and can cause unusually heavy rains in some parts of the world and drought elsewhere.
Hardest-hit areas are Ethiopia's eastern Afar and southern Somali regions, while water supplies are also unusually low in central and eastern Oromo region.
Food insecurity is a sensitive issue in Ethiopia, hit by famine in 1984-85 after extreme drought.
Today, Ethiopia's government would rather its reputation was its near-double-digit economic growth and huge infrastructure investment -- making the country one of Africa's top-performing economies and a magnet for foreign investment.
Still, nearly 20 million Ethiopians live below the $1.25 poverty line set by the World Bank, with the poorest some of the most vulnerable to weather challenges.
Ethiopia's government has mobilised $33 million (30 million euros) in emergency aid, but the UN says it needs $237 million.
Minster for Information Redwan Hussein told reporters at a recent press conference that Ethiopia is doing what it can.
"The support from donor agencies has not yet arrived in time to let us cope with the increasing number of the needy population," he said.
Posted by Guihon at 2:41 AM